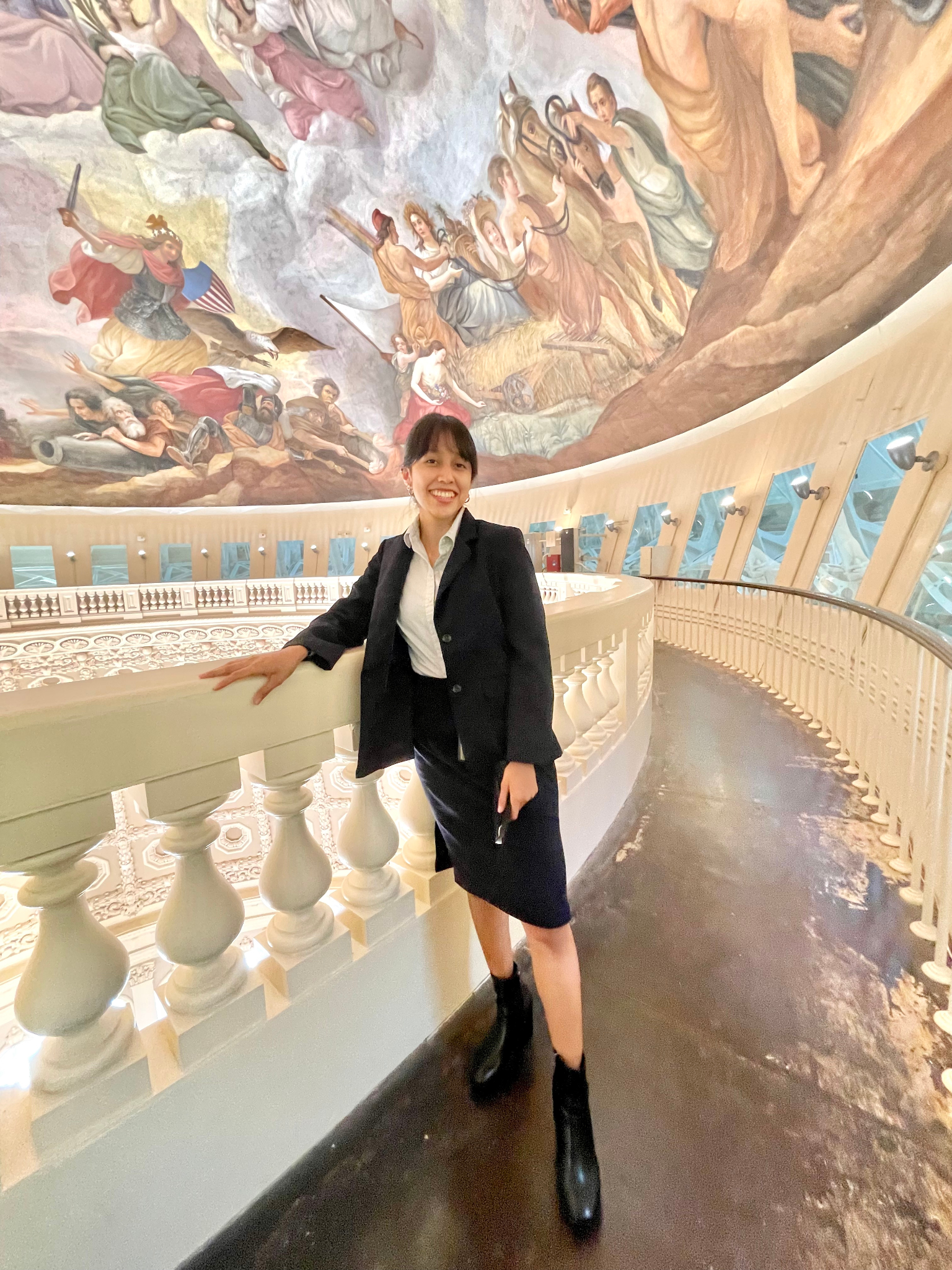 On my first day in D.C., I cried myself to sleep. Being thousands of miles from home, where I did not know anyone and did not have a secured internship, was overwhelming.

Since then, however, everything has settled into place. For the past few weeks, I have been working as a Legislative Intern in the Office of Congressman Mark Takano. Being on the Hill has been an unbelievable experience. When Congress was in session, bumping into Congress members left and right was inevitable. In the office, some of the responsibilities I work on include completing press clips, drafting constituent letters, managing tour requests for the White House and Capitol, and attending briefings. Immersing myself into the political life was also inevitable since interns are at the forefront of handling constituent’s responses to Congress’ decisions. While on the Hill, I have engaged with various new people—from other Hill interns to constituents of the Inland Empire. My favorite part, however, has been recreating some of Elle Wood’s iconic outfits and wearing them to the Capitol.

While in D.C., I have also explored some of the historical monuments, like the Washington Monument, Supreme Court, Library of Congress, and Lincoln, Vietnam, and Korean Memorials. My favorite, however, have been the White House, which I got to tour, and the top of the Capitol building, which I got to see with the staff and interns in my office. Having never been outside of California until now, I have definitely taken advantage of the proximity of other states to travel to places like Virginia, Maryland, and New York! Although my New York trip was very traumatizing (i.e., someone tried breaking into our Airbnb, hotel smelled bad, man peed on a moving subway) it was still a breathtaking and beautiful experience.

One thing I feared before arriving in D.C. was being across the country, alone in a big city. However, I am proud to say that I have successfully mastered the public transportation system and conquered my fear of riding the subway. Although I did get lost a few times, I am now able to navigate around D.C. comfortably, without Google maps—for the most part.

Out of everything that has happened since being in D.C., my favorite thing has been the new relationships and friendships I have made. Everyone I have befriended is so gleeful and supportive. Many laughs, tears, and stories have been shared over coffee chats, dinners, and hangouts. Frankly, without the friends I made, my experience would not have been as incredible and memorable.

Overall, participating in UCDC has been one of the greatest decisions I ever made. I am grateful for the financial support I received from the Matsui fellowship, which has allowed me to take advantage the endless experiences in D.C.