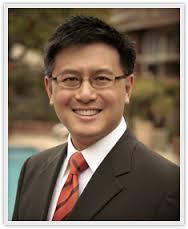 John Chiang served as the 33rd California State Treasurer from 2014-2019. Before this, he served as California State Controller from 2007-2015. Chiang was first elected to the Board of Equalization in 1998 where he served two terms, including three years as chair. He began his career as a tax law specialist with the Internal Revenue Service and previously served as an attorney in the State Controller’s Office.

The son of immigrant parents, Chiang graduated with honors from the University of South Florida with a degree in Finance. He received his law degree from the Georgetown University Law Center.

Chiang and his wife, Terry Chi, live in Torrance, California.