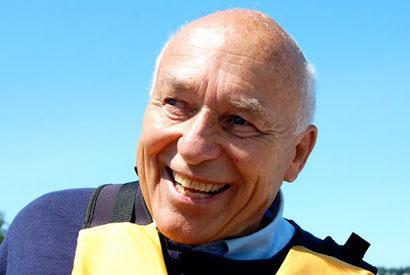 Professor Muir taught in the Berkeley Political Science Department from 1968 through 1998 in the fields of American Politics and Constitutional Law. He received his B.A. (magna cum laude) and Ph.D. from Yale University and his J.D. from the University of Michigan. Before attending Yale he graduated from The Hotchkiss, School where he was president of his class, after which he spent a year at Clifton College in England. He was also class secretary (i.e., president) of his graduating Class of 1954 at Yale University. His publications include Freedom in America (2011), The Bully Pulpit: The Presidential Leadership of Ronald Reagan, Legislature: California's School for Politics, Police: Streetcorner Politicians (Pulitizer Prize nominee, 1977), and Law and Attitude Change (American Political Science Association's Edwin S. Corwin Prize, 1967).

Professor Muir has been honored with UC Berkeley's Distinguished Teaching Award (1974) and Phil Beta Kappa, Northern California’s Excellence in Teaching Award (1992). He served as Chair of the Political Science Department from 1980 to 1983. In addition, he has been an attorney in New York City and New Haven (Conn.), a consultant to the Oakland (Calif.) Police Department, a member of the Finance and Commerce Committee staff in the California State Assembly, and a speechwriter for Vice President George H.W. Bush. In 2014, the University established the William K. (Sandy) Muir, Jr. Leadership Award to support deserving undergraduate students with an exemplary record of achievement in public service.

Professor Muir died in his sleep surrounded by his family on the morning of February 26, 2015.