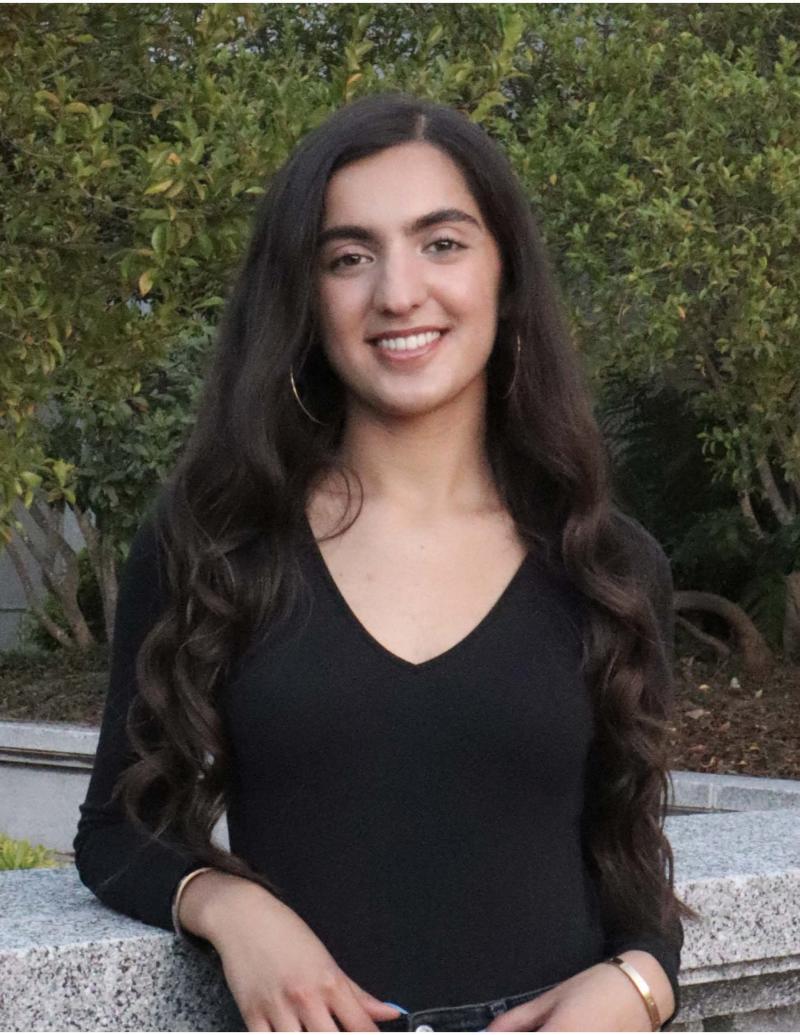 Yasmine Ebrat is a native of the East Bay, pursuing a degree in Political Science, with a focus in International Relations. She is a recipient of the Cal Leadership Award, the Afghan American Community Award, and is a Cal in the Capital alumna. Yasmine is passionate about immigration rights and reform as well as providing marginalized communities with the necessary resources for success and provision of fair representation at the state and national levels.

Yasmine has extensive research experience, working with professors in the UC Berkeley Department of History and through off-campus efforts in information distribution regarding various initiatives. During her time at UC Berkeley, Yasmine founded a pre-law organization dedicated to aiding underprivileged Middle Eastern, North African, and South Asian (MENAS)  students at Berkeley in connecting with the resources and knowledge necessary for a career in the legal field. In addition, Yasmine is the President of the University’s Afghan Student Association. During her time as ASA President, Yasmine Ebrat contributed to efforts with the Berkeley Law Scholars at Risk Fund, amassing more than three hundred thousand dollars in crowdfunding efforts to aid Afghan professionals and academics, especially women, in relocation to the United States. In addition, during her time as President, Yasmine aided ASA board members in facilitation of over 50 worldwide demonstrations calling attention to the humanitarian crisis in Afghanistan.

Off-campus, Yasmine has interned for Assemblymember David Chiu at his District Office in San Francisco, as well as for the U.S. Department of Homeland Security's Compliance branch. After graduation, Yasmine Ebrat plans to move to Charlottesville, Virginia to pursue her Juris Doctorate at the University of Virginia School of Law as a member of the class of 2025.