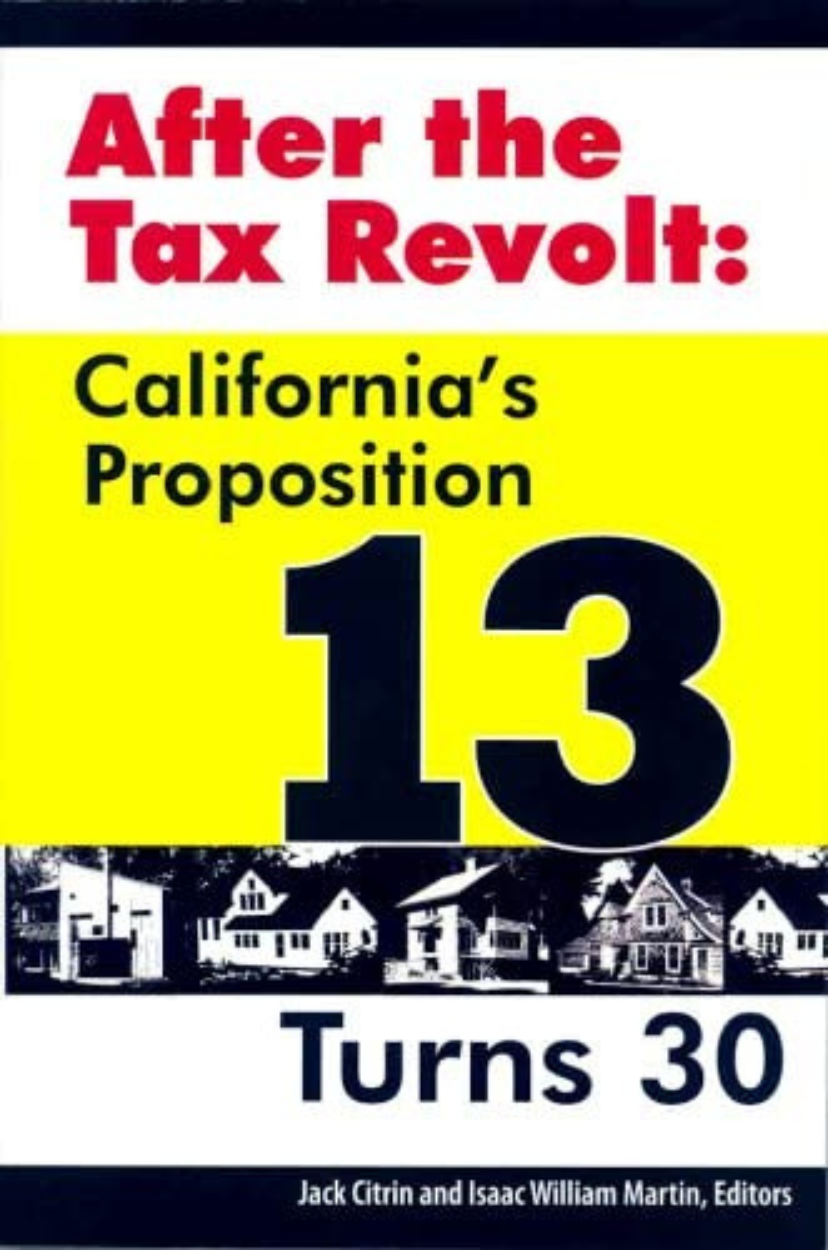 In 1978 California voters shocked the political world by approving Proposition 13, a strict limit on local property tax rates. No state had ever approved such a far-reaching constitutional limitation of the power to tax. And Californians did not just approve it; they embraced it, rejecting dire warnings of doomsday from the state's political, business, and academic leaders. Voter turnout was the highest recorded for any off-year election in the history of California and the tax cut won in a landslide, with 65% of the vote. Thirty years later, Proposition 13 remains firmly entrenched in California's constitution, but what has it meant for politics and public policy in the state?

On June 6, 2008, the thirtieth anniversary of the adoption of Proposition 13, a group of scholars, journalists, and policy experts gathered to assess the legacy of this groundbreaking measure. Their mandate was a simple one: assess what we have learned about the political, economic, and fiscal consequences of Proposition 13 over the last 30 years.

After the Tax Revolt: California's Proposition 13 Turns 30 is a result of that conference and an attempt to summarize the state of our knowledge about the consequences of this critical event in the history of California and the United States. This collection of essays constitutes a cutting-edge and timely review of one of the most important reforms in California history, and will be crucial for anyone trying to gain a full understanding of politics and policy in the Golden State.