America and the Middle East: Challenges for the Future 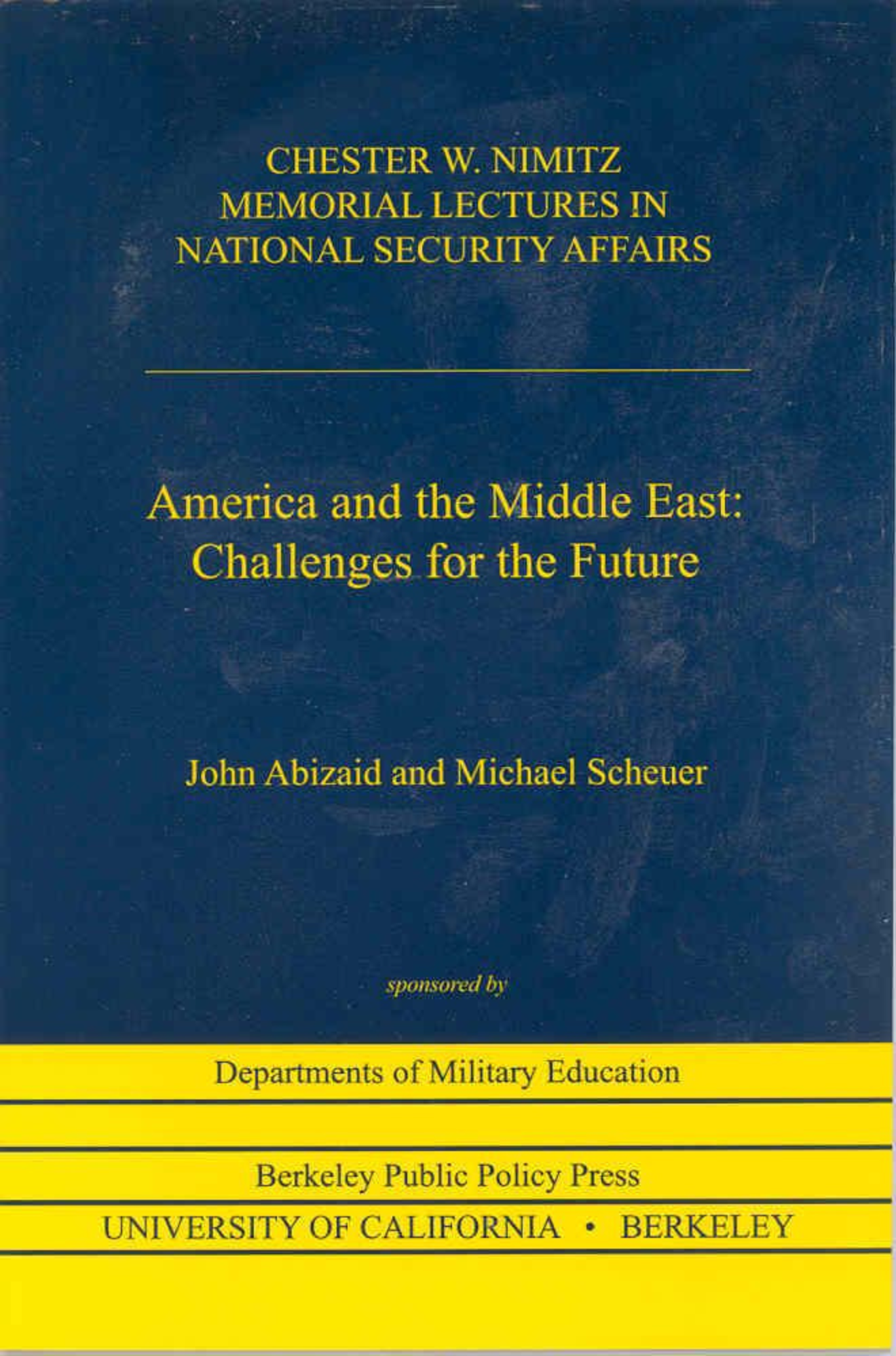 John P. Abizaid retired from the United States Army in May 2007, after 34 years of active service. After graduating from the United States Military Academy at West Point, he rose from infantry platoon leader to become, at that time, the youngest four-star general in the Army. At the time of his retirement he was the longest-serving commander of United States Central Command. During a distinguished career he commanded units at every level, serving in the combat zones of Grenada, Lebanon, Kurdistan, Bosnia, Kosovo, Afghanistan and Iraq. Units under his command have included the 1st Infantry Division, a brigade in the 82nd Airborne Division, and two Ranger companies. Abizaid worked on the Joint Staff three times, the last as director. He studied at the University of Jordan in Amman, holds a master’s degree in Middle Eastern Studies from Harvard University, and is widely considered to be an expert in the field of Middle Eastern affairs. As such, Abizaid was one of the first to recognize the protracted nature of the ongoing conflict against religious-inspired extremists, which he has termed “The Long War.” Abizaid spoke about strategic challenges in the Middle East.

New York Times and Washington Post bestselling author Michael Scheuer is the former head of the CIA’s Bin Laden Unit. He resigned from CIA in November 2004 after nearly two decades of experience in covert action and national security issues related to Afghanistan, South Asia, and the Middle East. He is the author of the new book, Marching Toward Hell: America and Islam After Iraq (Free Press, 2008). He also wrote Imperial Hubris: Why the West is Losing the War on Terrorism (Potomac Books, 2004), and Through Our Enemies’ Eyes: Osama bin Laden, Radical Islam, and the Future of America (Potomac Books, 2002).

Scheuer's writings also have appeared in the Atlantic Monthly, Washington Times, Los Angeles Times, San Francisco Chronicle, Antiwar.com, New York Times, American Conservative, Dallas Morning News, Atlanta Journal-Constitution, Washington Post, the National Interest, and the American Interest. Scheuer has been featured on such national television news programs as Meet the Press, Nightline, 60 Minutes, the O’Reilly Factor, and the News Hour with Jim Lehrer, as well as on international television news programs in Britain, Australia, France, Spain, Japan, Italy, Greece, the Netherlands, China, and Germany. He has been interviewed for broadcast media and documentaries -- including Frontline, the History Channel, the BBC, the Discovery Channel, National Geographic, and PBS -- and has been the focus of print media worldwide. Scheuer spoke about America’s global war on terrorism and the price of distorting and misunderstanding the enemy.