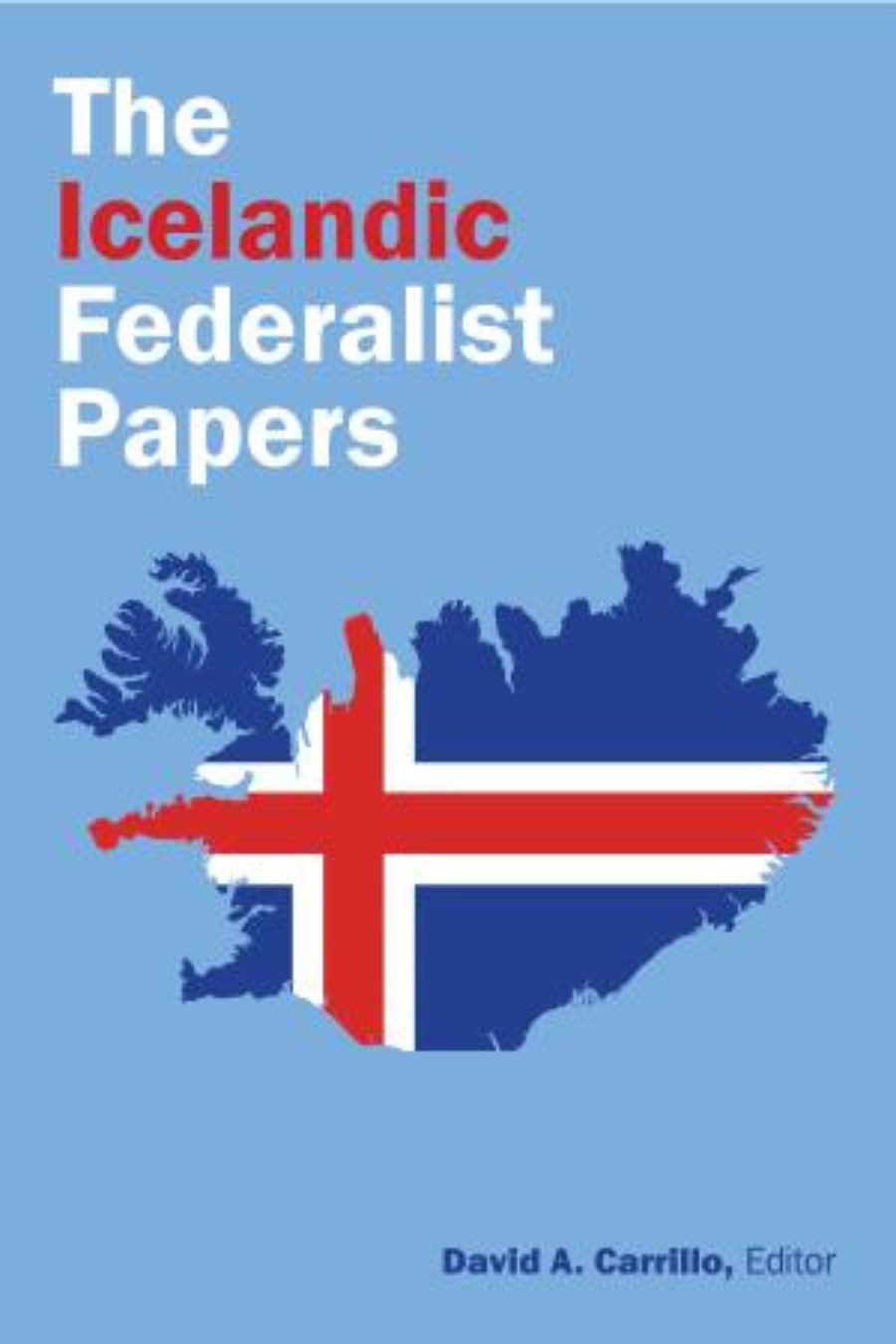 For the past ten years the people of Iceland have debated whether their nation needs a new constitution, and what a new charter should say. This volume is a collection of 21 essays written by an international team of scholars (all using the pseudonym “Civis”) that analyzes arguments for and against the proposed new constitution written by the drafting council appointed by Iceland’s parliament. These essays were originally published individually by the California Journal of Politics and Policy. This collection is modeled on (and in some cases essays were intentionally written as a pastiche of) The Federalist Papers written by Alexander Hamilton, James Madison, and John Jay. Like the original work, this collection is primarily an analysis of the defects in Iceland’s present constitution and an explanation of the proposed new constitution’s benefits. The authors intend this volume to aid the people of Iceland in their constitutional change process.

No. 2: Other Defects of the Present Confederation 7

No. 3: On the Proposed Icelandic Constitution’s Environmental Rights 11

No. 4: On Republics and the Strength of the Union 17

No. 6: On the Duty of the Icelandic Parliament to Approve the Constitution Prepared and Voted by the People 27

No. 7: Homogeneity, Heterogeneity, and the Constitutional Project 35

No. 8: Other Defects of the Present Constitution (continued) 39

No. 14: Convention and the Power of Amendment 85

No. 15: Natural Resources as Human Rights 91

No. 16: The Conformity of the Plan to Republican Principles 101

No. 18: Electing and Removing the President 115

No. 19: The Lack of Protections for the Criminally Accused 119

No. 20: Right to Information and Freedom of Expression 125