The New Political Geography of California 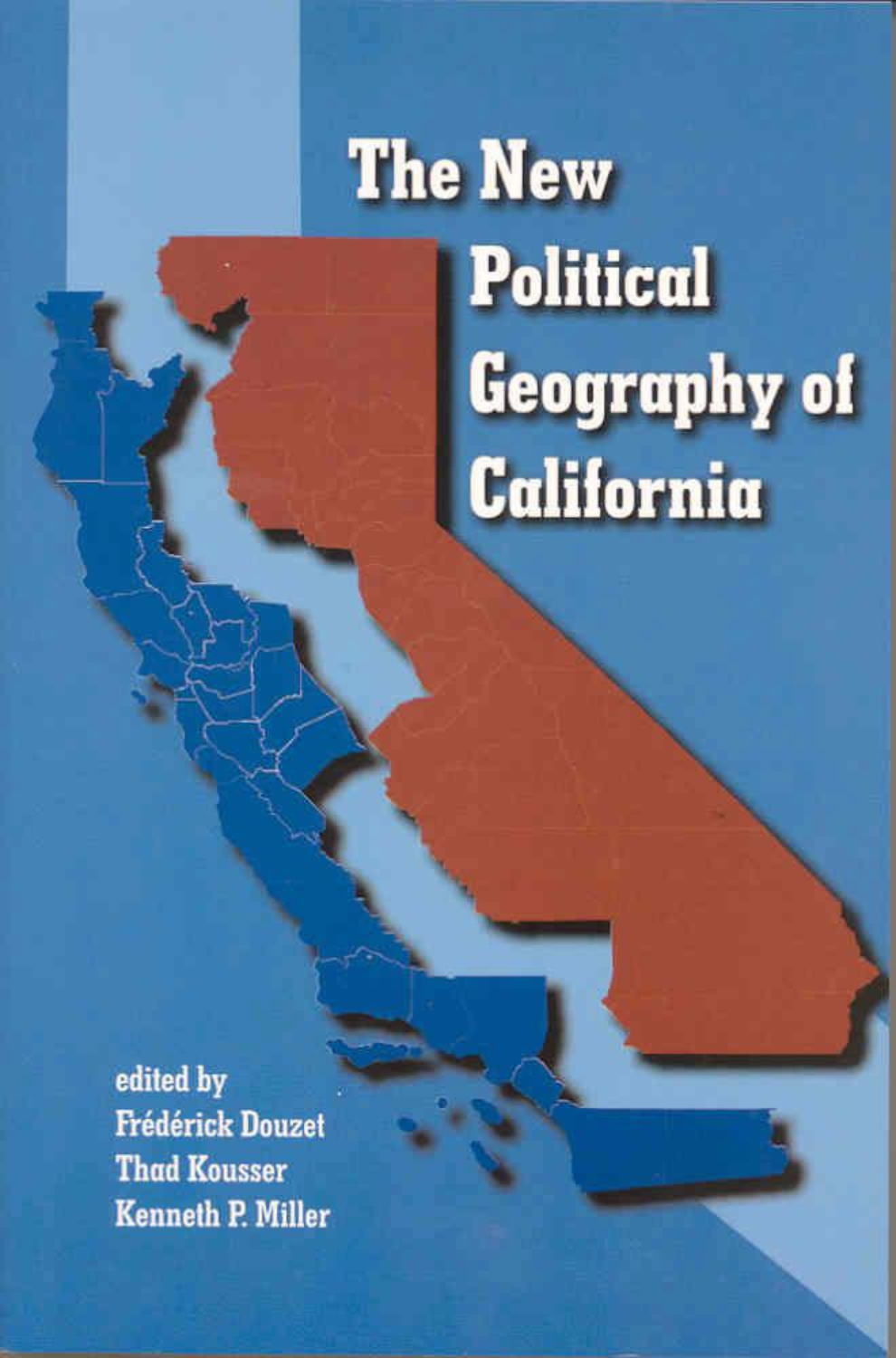 In many ways, recent developments in California politics can be understood best through geography. The formal rules of American politics — such as district-based elections and the Electoral College — make geography crucial to the political process. Where voters live is in many ways as important as how they behave. In recent decades, California's political map has changed dramatically as the state's fast-growing population has divided along racial, ethnic, economic, religious, and cultural lines. Most notably at the statewide level, these trends have caused California's traditional North-South partisan divide to be surpassed by an emerging East-West divide. In this new alignment, the state's densely populated coastal region has become increasingly Democratic, while the less-populated but fast-growing interior has become increasingly Republican. At the same time, demographic segregation within regions has also had important political consequences.

This volume, a unique collaboration by scholars from the United States and France, offers a range of perspectives on California's changing political geography. Introductory essays discuss recent statewide trends, including the population shifts that have contributed to California's emerging East-West partisan divide. The book's second section offers portraits of the changing political geography of specific regions, including Los Angeles, San Diego, Oakland, and the San Joaquin Valley. Finally, a series of essays analyzes the interaction between geography and the state's political institutions. Topics in this section include geography's influence on the political career of Governor Arnold Schwarzenegger, two-party competition in the state, the law and politics of redistricting, and conflicts between local and state government.

The New Political Geography of California provides fresh insights into the political dynamics of the Golden State, and potential lessons for other democratic jurisdictions adapting to rapid demographic change.