Reflections on Leadership from a Marine 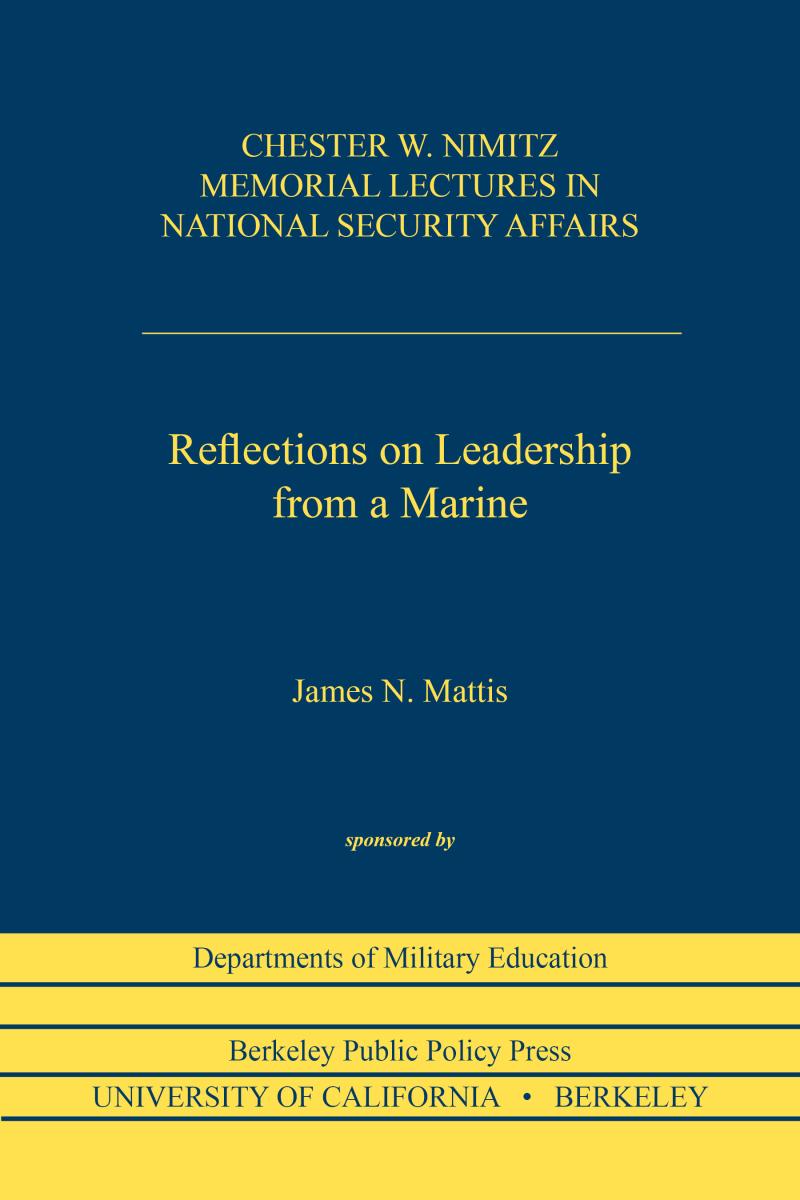 Jim Mattis, an Annenberg Distinguished Visiting Fellow at the Hoover Institution, is an expert on national security issues, especially strategy, innovation, the effective use of military force, and the Middle East.

Before coming to Hoover, Mattis was the commander of the US Central Command from 2010 to 2013, responsible for military operations involving more than 200,000 US soldiers, sailors, airmen, coast guardsmen, and marines in Afghanistan, Iraq, and 18 other countries in the Middle East and south-central Asia.

He commanded at multiple levels, from second lieutenant through four-star general, including Task Force 58 for the 2001 invasion of Afghanistan and the First Marine Division in the 2003 invasion of Iraq. He also served as a recruiter, commanded the Marine Corps Combat Development Command, and was the executive secretary to Secretary of Defense William Perry.

Mattis spent a few days at UC Berkeley and delivered two talks and participated in a Q & A session with midshipmen.

The focus of his conversation was his reflections on leadership as a Marine.

Not availible for purchase. If you have further questions please contact Berkeley IGS at igs@berkeley.edu