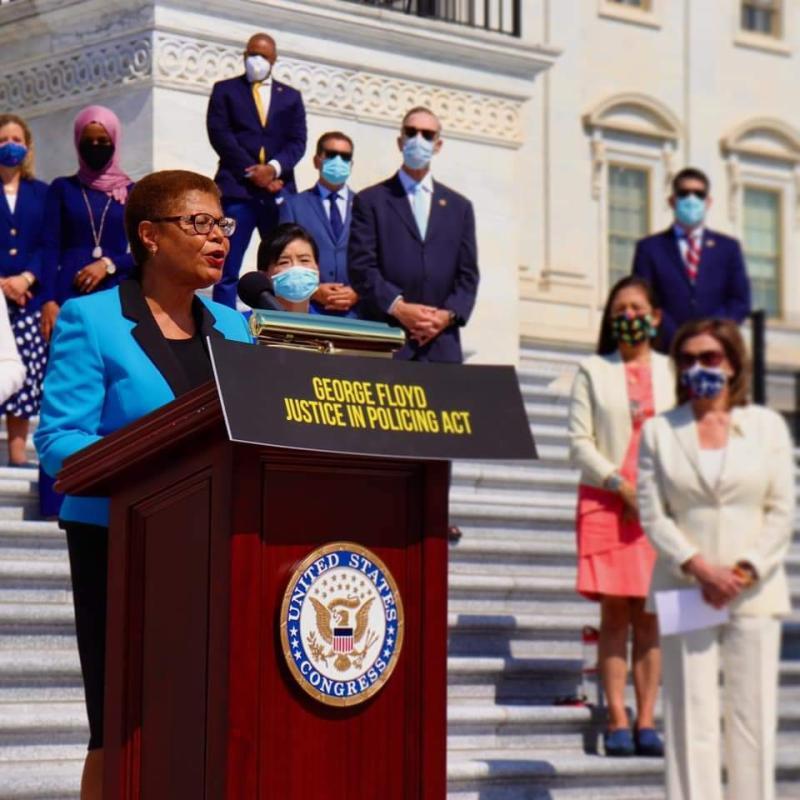 View a recording of the full event on YouTube here.

As Americans navigate the health, economic, and social crises caused by a global pandemic, prepare for the 2020 election, and grapple with racial inequality and police violence, how are women leaders charting the path forward?

Join U.S. Senator Barbara Boxer for a conversation with Congressmember Karen Bass (CA-37), Chair of the Congressional Black Caucus and a leading advocate for social and racial justice.

A former community organizer, Bass was elected to represent the 47th district (the heart of the Inland Empire) in the California State Assembly in 2004. In 2008 she became the first Black woman in U.S. history to lead a state assembly as Speaker. Elected to Congress in 2011, Bass was appointed Chair of the Congressional Black Caucus in 2018 and has led the Democratic effort to create and pass sweeping police reform legislation. She was also a leading contender to be Joe Biden’s running mate.