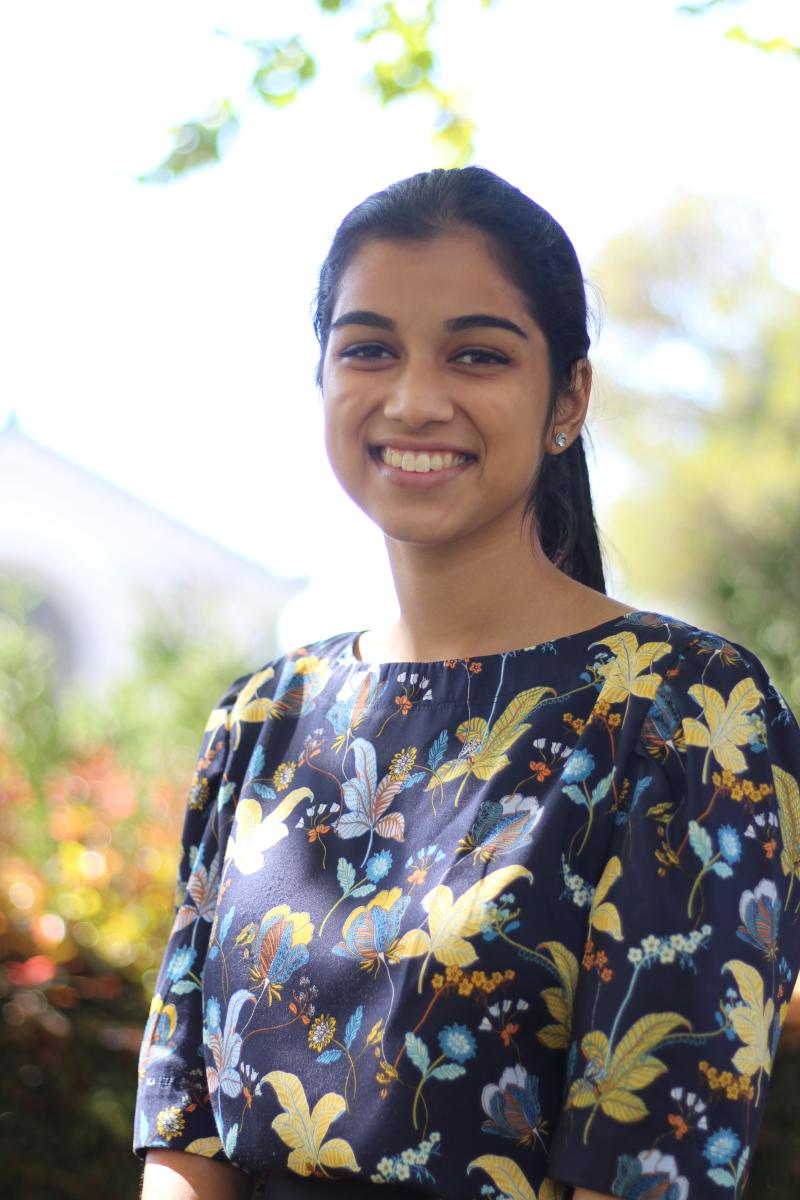 Department:
Class of 2022
Bio/CV:
Anjika Pai is a senior majoring in Environmental Sciences and minoring in Music. Throughout her time at Berkeley, she has developed experience in policy and communications with a strong focus on environmental justice. At Cal, Pai enjoys attending concerts at Hertz Hall and writing for Caravan Magazine.

Anjika's Research: The ongoing political and legal struggles of Indigenous peoples are connected to issues of land and their degree of connection to it. Neo-colonial environmental laws fail to value Indigenous views of nature and, at times, ignore the presence of humans in the environment altogether. As explained by Indigenous scholar Robert Williams (Oneida), the United States' environmental law system “fails to recognize or acknowledge that protecting environmental values is anterior to, and a prerequisite for, protecting all our other core human rights." In the past few decades, Indigenous declarations and charters have drawn a connection between Indigenous Rights and Earth Rights, combining the two through references to reciprocity. The Indigenous Rights movement has turned to Rights of Nature (RoN) laws as a method to address both issues at once. Rights of Nature laws recognize natural bodies as holding many of the same rights afforded to people, thereby granting these bodies legal personhood. The laws affirm the inherent value of nature rather than tying its status to concepts of property or economic utility. As such, RoN provide an avenue to codify Indigenous beliefs and further Indigenous-led environmental stewardship and sovereignty efforts. In the United States, the RoN movement has been spearheaded by mostly white communities. While at least six tribal nations within the United States have created RoN laws in the past decade, little information is available on their implementation and outcomes. The Rights of Nature movement continues to grow in the United States, and we must now turn our attention to the ways in which the laws do or do not uplift and honor Indigenous peoples. To achieve this goal, the central inquiry of my thesis is: How do Rights of Nature laws impact Indigenous sovereignty and ecosystems in the United States? I address this subject through three subquestions: (1) How does the current RoN movement in the U.S. incorporate or honor Indigenous beliefs? (2) How do tribal RoN laws affect the protection and stewardship of ecosystems in the U.S.? and (3) How do tribal RoN laws affect Indigenous sovereignty in the U.S.? Through a survey of current U.S. RoN laws and interviews of Indigenous peoples involved in the RoN movement, I offer answers to these questions.