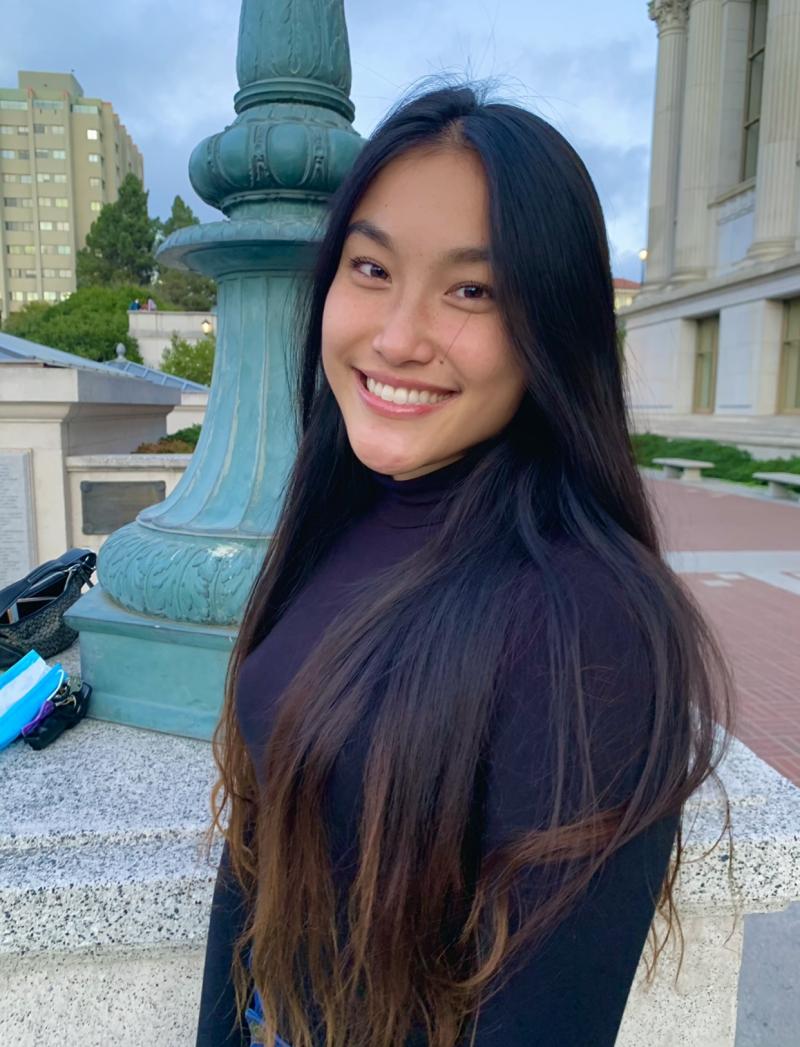 Emily is a first-generation Chinese-American college student and a community college transfer. For the last six years, she has avidly volunteered for social and criminal justice centers, nonprofit organizations, homeless shelters, and mental health institutes throughout California. For personal reasons, she fiercely advocates for children, women, low-income families, and those with mental health conditions. She was a fellow in the Bridges Multi-Cultural Resource Center and now serves in the office of Sexual Violence and Sexual Harrassment Prevention within the ASUC Senate. Additionally, she has developed a legal background through an internship at the SF Superior courthouse and an apprenticeship under a criminal defense attorney. After graduating from UC Berkeley, Emily plans to earn her Juris Doctorate and work at nonprofits advocating for marginalized groups.

Emily's Research: Sexual assault is the most under-reported crime in the entire world, with only one in every three assaults reported to the police. This act of violence destroys victims’ senses of safety and control by forcing them into a lifelong struggle with physical, psychological, and sexual trauma. While there have been substantial efforts to provide reformed education, safety protocols, and protection measures, sexual assault still happens at an alarming rate and many aspects of this violence remain unaddressed and misconceptualized today. This research is important because public opinion guides public policy, government action, statues, and the implementation and accuracy of education. It informs politics of voter preference while influencing voter-proposed initiatives. I aim to better understand how people’s perceptions of sexual assault vary based on the following factors of social identity: age, race, socioeconomic status, and partisanship. My research methodology consists of IRB-approved surveys and interviews. I am interested in learning about how these different public groups analyze and interpret different hypothetical scenarios of attempted or completed sexual assault. Using my survey data, I seek to see if the differences are correlated, and if so to what degree, with age, race, socioeconomic status, and partisanship. Additionally, I intend to conduct interviews to collect data reflecting victims’ perception of public opinion and how that has affected their perspectives and journeys. The interviewees will be rape crisis center representatives: counselors, advocates, and educators. Through my qualitative methodology, I aim to demonstrate the impact that victims’ knowledge of public opinion around sexual assault has upon their likelihood of identifying their experience as sexual assault as well as their likelihood of reporting. I hope for my research to increase the understanding and accuracy of publicly accepted beliefs while making salient the graveness of the issue. Everyone is a human being. Everyone is someone’s loved one, is someone’s daughter, son, best friend, mother, or father- sexual assault can happen to anyone. And the fact that it happens at all, especially to the extent it does, is unacceptable and inexplicably sad. I pray that one day, children will grow up in a thriving world where perpetrators no longer walk free, where social norms encourage people to speak up and protect themselves, and where rapists are prosecuted as the facts warrant. This vision of a better world is my undying motivation for my future research and work in this field.