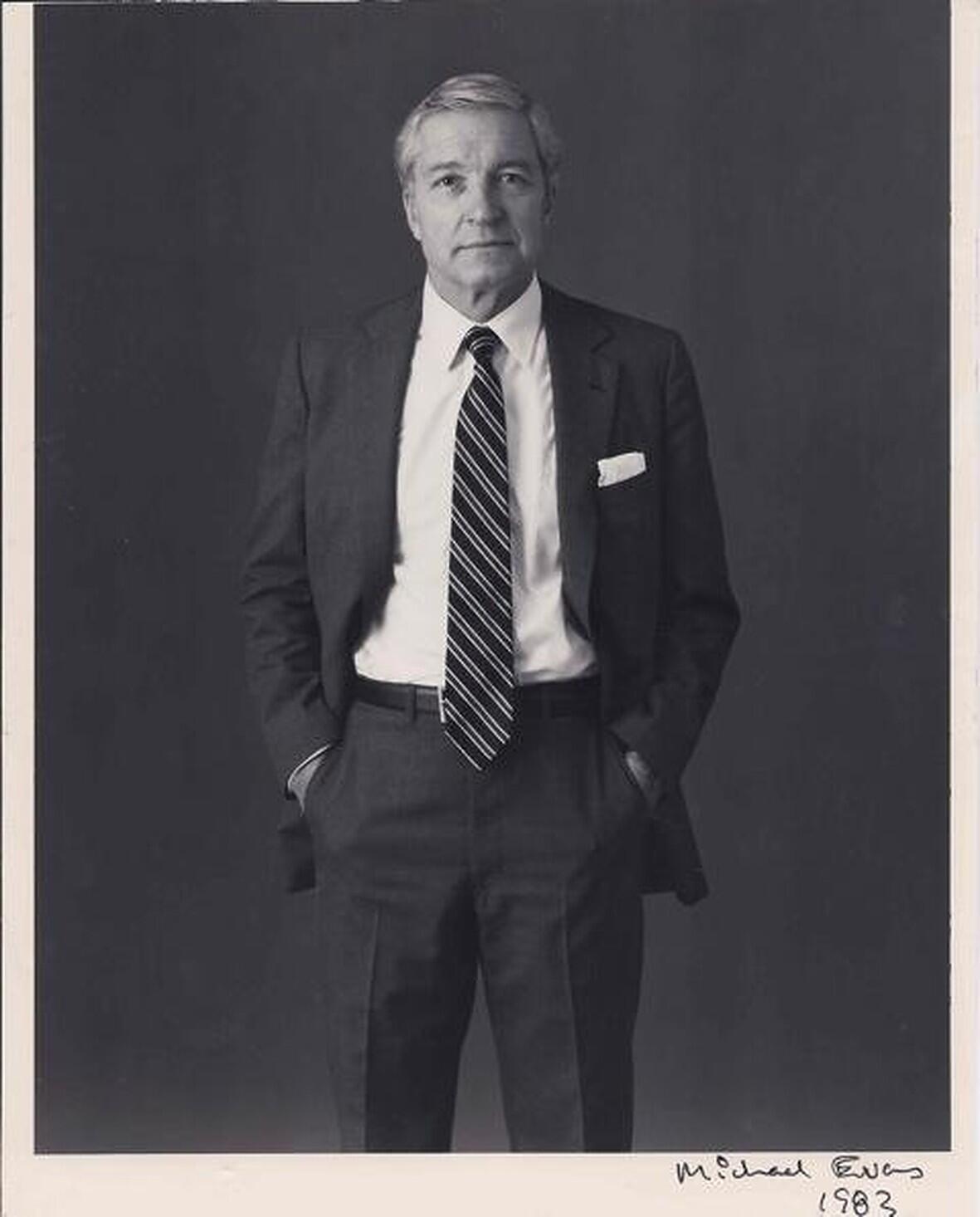 Charles H. Percy served as a Senator from Illinois from 1967 to 1985. He was born in Pensacola, Florida in 1919, but at an early age moved to Chicago. Before becoming a Senator, Percy was best known for his meteoric rise at Bell & Howell, a firm known for making movie cameras and other equipment for the film industry. Having worked at the company when he was in his teenage years, Percy returned to the firm after graduating from the University of Chicago (1941). He served in the Navy from 1943 to 1945 and then returned to Bell & Howell. In 1949, at age 29, he was named president of Bell & Howell. Under his seventeen years of leadership, Bell & Howell was transformed into a multinational electronics firm, with sales increasing over a hundred million dollars. He quickly became known as the "Whiz Kid of U.S. business."

Percy entered politics with encouragement from President Eisenhower, becoming president of the United Republican Fund of Illinois in 1955. In 1960 he chaired the Platform Committee at the Republican National Convention. He narrowly lost the Illinois gubernatorial election in 1964 but won a Senate seat in 1966.

As a Senator, Percy was a tireless advocate for low-cost housing and a renowned internationalist, heading the Senate Foreign Relations Committee from 1981 to 1985. He worked diligently to redirect public policy on a broad range of issues that he predicted would grow to crisis levels if not dealt with in their early stages: water conservation; and irresponsible, nontransparent Congressional spending. One of Senator Percy’s biggest achievements was to use the bar associations for impartial reviews of judicial candidates, breaking the influence of the Chicago political machine. Percy considered himself a social liberal and a fiscal conservative. After he left the Senate, he worked hard in the private sector to cultivate and expand US-India relations, recognizing India's economic potential and the pivotal influence it could exert on the balance of power between nations.